An act of redeeming or atoning for a fault or mistake.
Deliverance; rescue.
Deliverance from sin; salvation.
Atonement for guilt.

All three experienced it in one form or another during the first two days of the first Ashes Test.

Smith: much to the chagrin of the Edgebaston faithful shook off his 12 month ban for ball tampering and with swagger and a dirty uniform hit an already-famous century, barging Australian back into the match after they’d been left for dead at 122 for eight. A dream of a comeback. A fairy tale, almost. But also earned, just like Broad’s, in the nets and in the gym.

Burns: Finally — after years of scoring buckets of runs for Surrey and sitting on the sidelines as England desperately looked for replacement openers for Cook and Strauss —  he was given the opening spot. And the critics rolled their eyes. And the fans groaned. Not good enough for England, they said. Maybe Cook will come out of retirement, they dreamed. But then Burns walked out this morning and silenced them all, scoring a remarkable 125* off of 282 balls. He batted all day on a tricky, sticky pitch. Six hours of concentration and effort. And he will be out there again come tomorrow.

Broad, Smith, Burns. Burying demons and raising their eyes to the sky. And it’s only been two days. What will tomorrow bring? Or the next day? Or the day after that? What heroes will emerge when the second innings kicks off probably some time late tomorrow?

Test cricket is remarkable in that regard. There is so much room. So much space. All other sports — including cricket’s other two formats — are like wild animals trapped in cages. Everything is contained by time. While Test cricket is allowed to drift in the wind. To go where the day takes it. This allows for days like today. Days like yesterday. Sure, redemption happens in all sports, but in Test cricket there’s just a little more room for it.

Redemption can also, of course, exist outside of sport. But it’s not the same. Like all things in life, redemption is often colored by reality. Life is swirls of gray. Sport is black and white. And in sport redemption happens quicker. In life it’s a slow grind against time. And even when we do nothing but work toward it, sometimes it never really happens. Or at least never feels like it. And so that’s why these stories in cricket are so great, why they attract us all, why we love them: because we all know it’s the closest we will ever get to being fully cleansed of all our past sins, and still be young and have light in our eyes. 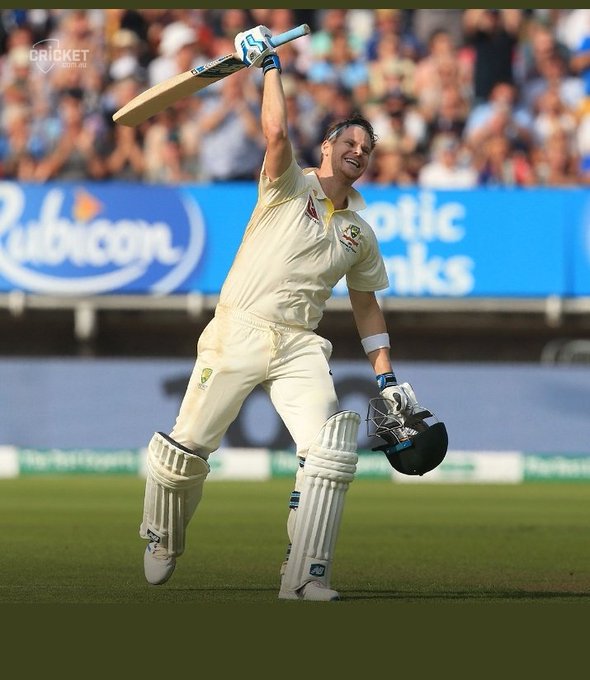