This weekend was my wedding anniversary, hence the low blogging profile.

Rain did its best to ruin our wedding day many years ago, but it has thankfully steered clear of England and the Ashes this summer – up until today in fact we had not lost a single over due to weather.

Today was a different story – fortunately for England; unfortunately for Australia and the neutrals. We probably lost about 40 overs worth of play due to a slow over rate, rain, and bad light. And it’s too bad, because it would have been helpful for Australia to declare at Drinks during the final session and make England bat in the tricky Manchester gloaming. Instead their openers will have a full night’s rest and good batting conditions.

Still, the fifth and final day is set up nicely. Australia HAVE to win. England are fine with a draw. Australia need 10 wickets. England need to bat all day long. A win for Australia and they head to Chester le-Street with the wind at their backs. A draw for England and the ashes stay in England. Intruiging through and through. 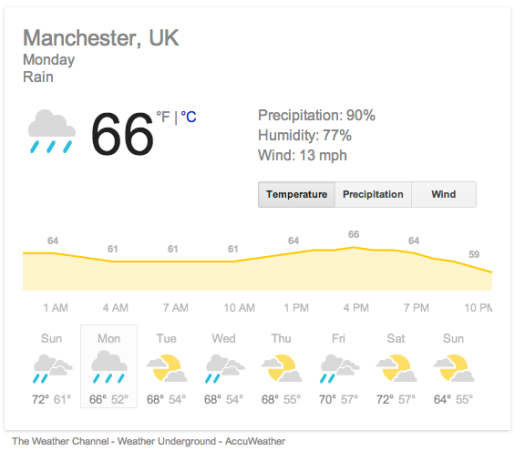 Let’s hope their wrong. Otherwise this series is going to fizzle out like a doused campfire. And it would be a shame for this series, for all intents and purposed, to be decided by the weather.

This was a Tweet from Andrew Miller after day one:

I think that might be my favorite cricket Tweet ever. 18 characters and the entire story is told and perfectly summarized. Such brilliant economy.

It’s not bulletproof, of course, because there are no draws in tennis, but I still love it.

Today I think it is something like this: 7-6 6-0 5-3. England are up a break and cruising. The light is fading. Australia has a dodgy hammy but plenty of fight left. England have the crowd though, and the better ranking, and it’s at Centre Courte Wimbledon not the Rod Laver Arena. Australia are on the ropes but still punching.

Wait. I think I am starting to mix my metaphors. Best to call it a day.