Writing a proper test match report is a skill that is a little bit beyond my pay grade.  It takes a deft touch that I simply do not have, not yet anyway.  You want me to sum up 30 hours worth of play in 1,000 words – are you insane?  I will leave that for the professionals.

(Speaking of which, are we going to get more songs during this series?  I sure hope so.)

And, I guess, writing a proper match preview is another task that is best handled by an expert.

That said:  here is what I have to say about the upcoming Boxing Day test match.

Most, if not all, of the pundits I have read over the last week have concentrated on the weaknesses and inherent flaws of both Australia and India (primarily their batting and their bowling, respectively.)  Now, I agree to some degree that those flaws are the story of the series that is worth telling right now, and the opposing weaknesses might make for four intruiging games, but I am a glass-is-half-full guy at heart, and prefer instead to on positives.

The weather.  Several different weather sites have confirmed for me that we are to see perfect cricketing conditions over the next five days.  Dry (!!!), sunny, highs in the 70s, lows in the 50s (Fahrenheit.)  If the two teams can make it through the first match without losing a single over, then the most important people win: the fans.

We all get to see Sehwag, Dravid, and Tendulkar et al, bat on a perfect pitch, in the sunshine, in a test match.  These are the best batsmen in a generation, if not ever. If that does not get you a wee bit excited, then I don’t know what to tell you.  Of course, Dravid and Sachin do not really have a history of magical performances at the MCG, but Sehwag did throw up a double century in his first and only Test appearance in Melbourne.

And I honestly believe with all of my heart that Sachin will get his 100th 100 during this match.  Bank on it, in fact.  Another positive.

On a more statistical note, we are pretty likely to get an outcome of the first match, as a Test match at the MCG has not ended in a draw in 14 years.

India have won two test matches in Melbourne, lost seven, and drawn one.  Which, really, is not a terrible record.  Winning two tests in Australia is never anything to sneeze at.  And considering there penchant for losing the first test of an overseas series, I think having the first match at a ground that has been successful for them bodes well for the Indians.

Australia have won 58 of the 103 test they have hosted at the MCG, which is not all that convincing, really.  But they will be home, with a big crowd behind them, and I think they will feed off of that a bit.  And considering their recent implosions, both on Boxing Days of late as well as against New Zealand and South Africa, I think the Aussies might be due for a good performance.

The match will be live on Willow.tv.  I hope, HOPE, to be able to watch at least a bit of the first day’s play, but I am not getting those hopes too high.  It is Christmas after all. 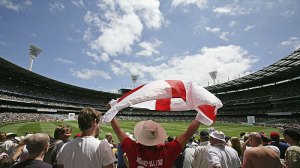 And that’s what I have for you today.  There is a lot more to be excited about, of course, but like I said, it’s Christmas.

Happy Christmas, readers, hopefully I will see you all later tonight.