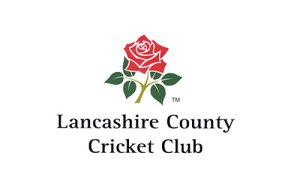 The club was founded in 1864, as the American Civil War raged across the Atlantic, and played its first match a year later. They have won the County Championship nine times, most recently, of course, this past season. The last time they won it out right was 1936, during the great depression. (No, not this great depression, the other great depression.)

Despite the long drought between championship titles, the club has enjoyed a great deal of success at the one day game.

They play their home matches at (ugh) Old Trafford Cricket Ground in Manchester:

The ground has hosted test matches since 1884 (the last one in 2010, England v Bangladesh) and has been the home for Lancashire since its inception.   It seats around 20,000 and is going through a major renovation as we speak.

Sachin Tendulkar knocked his first test century there in 1990, at the age of 17.

I had a very difficult time finding celebrity Lancashire fans, so I am just going to assume Noel Gallagher is a fan.  Because, you know, he is from Manchester.  Oh, and Freddie Flintoff I guess is a celebrity fan of the club, but I don’t know if he counts.

While searching, however, I did see that current Doctor Who, Matt Smith, is a Blackburn Rovers football fan.  Holy crap that is disappointing.  How could Doctor Who support that clan of knuckle-dragging Neanderthals?  Doctor Who should be an Arsenal fan.

And that, dear readers, is Lancashire.  Short and sweet.

Back on the pitch, the Windies still trail India by 283 runs with 7 wickets in hand.  It’s stumps on day three.  Good fight back here from the West Indies, though the hometown team is surely still in control.