Today is the final test between West Indies and Pakistan.  The Windies can wrap up a famous series win this weekend, but goodness me two test series really shouldn’t count as “famous”.  But, hey, when in Basseterre…

Warner Park was built in 2006, like most of the cricket grounds in the Caribbean it seems.  It is located, as mentioned above, in Basseterre, which is on the island of St. Kitts and Nevis…

…which is located here: 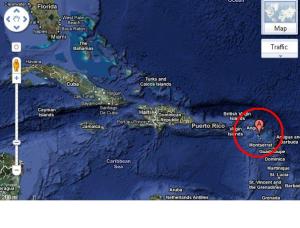 I do apologize for turning this blog into a geography lesson, but I find it fascinating to imagine world class sport on these tiny little island outposts.

As mentioned several times previously, I most assuredly have a soft spot in my heart for the West Indies cricketers.  Which brings us to an interesting topic: Being that the US will never, ever, field a competitive cricket team, at least not in my lifetime, sooner or later I will have to adopt a favorite national team, right?  I mean, we are a global society and a global economy, what is wrong with “choosing”  a country to support?

Now, England would be the obvious choice.  I have been to England, I love England.  They are very, well, American, and it is the country that birthed the sport.  However: boring.

And when it comes to cricket, I have always enjoyed India, mostly because of the insane levels of popularity the sport has achieved there, and I totally dig on their baby blue One Day International kits:

…but that would be like “choosing” Manchester United or the New York Yankees.

Australia and New Zealand?  No thank you.  Not sure why.  South Africa?  Same boat.  A total snooze.   Pakistan?  Too…terroristy.

Which leaves, I guess, the Associate nations.  Ireland is a good bet, and I love Canada.  But, just like the US, neither will ever really field a competitive squad.

So I guess that leaves us with the West Indies.  We will see how that goes.  They have been in the gutter for a decade now, hopefully they will win this series against Pakistan and become, once again, a world cricketing power. 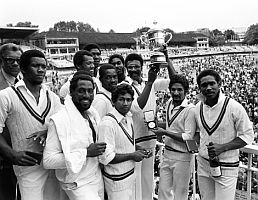 Hey, one can always dream, right?