Ah, rain, now that is the real cricket killer.  It seems as though fully 30% of all cricket matches are affected by rain. Yes, I know it has everything to do with the season the sport is played in, as well as the part of the world it is most most popular in, but goodness it seems cricket pitches see more than their fair share of rain.

The match above has been delayed, heck they haven’t even had the toss yet.

(The BeeGees’ “How Deep is Your Love” is playing on the Muzak here are at the office.  I have a good feeling that that is the same tune they are playing on the ground’s loudspeakers in Barbados.  It just seems to…fit.)

Last night I was debating whether or not I should finally sign up for willow.tv. It is now a flat $14.99 a month, instead of $50 or so for each series.  My only real problem is getting my money’s worth, since the matches are at such odd times, and it is really difficult to tell which matches they are actually going to carry.  West Indies v Pakistan didn’t show up until just the last few days.  If they are going to show the Sri Lankan and Indian tours of England, I might have to pony up.   And if I am going to get serious about being a cricket writer, I really need to, you know, start watching more cricket.  Cricinfo’s ball by ball coverage only goes so far.

In County Champhionship, Lancashire are on the verge of beating Sussex by a full innings, and Middlesex looks to the same to Surrey at Lord’s (Division 2).  The IPL features Delhi versus Kolkata…weather permitting, of course. 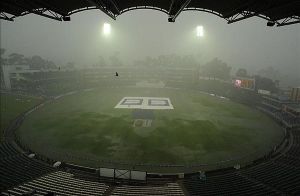