England won the World Cup one year ago today.

To say that a lot has changed since is of course a profound understatement.

In the year that has passed, more than 500,000 people all over the world have died from COVID-19, most of them in the last six months. 500,000. Enough to fill Lord’s Cricket Ground 16 times over. Many more millions have gotten sick. And we all to a person have made sacrifices because of the global lockdown put in place to stem the tide of the disease.

Looking back. We all seem so innocent now. We were babes in the woods. The virus was percolating and waiting in the tall grass and we went about our lives like the world was going to just keep spinning forever.

And all that we took for granted just on that one day alone. Strangers hugging strangers. A sold out sports arena. Packed bars and restaurants and living rooms. All those things that we never thought would go away were, in a matter of weeks, gone. And at this point, there is no telling when they will come back.

But, at the same time, we really didn’t take it for granted.

We were treated to one helluva cricket match. There was nothing forgettable about that game. It was a rollicking, back and forth barn burner. Momentum swung probably a dozen different times over the course of the day. And it was a perfect day in London. And the home team won by the sparest of margins, there in the long shadows in one of cricket’s oldest grounds.

Because of that, because we were treated to such a gem of a final, we all remember where we were. We all remember the feeling of those packed bars and restaurants where we watched the game. And we all drank in the packed terraces at Lord’s. They are memories not of just another day, or just another cricket match, but of something very special. And so we take them with us now in these darker times.

There are memories that stick out in our lifetimes. Memories that we can reach out and touch. I was watching highlights of the final earlier today and I realized that that game of cricket is one such memory. A July day out in Minneapolis, sunshine and beer. Laughter and joy in an otherwise hard time.

Life can be an endless sea of days, all bleeding into one. It’s rare when we are able to stop and appreciate one single day, and for that day to sit up and get our attention over all of the other days. And so often those days involve a memorable sporting event. Many people will find that sad, of course, or a little silly, but I don’t care if it’s a cricket game or your kid being born, if the day stands out, if you remember the sights and the sounds and the feelings, then that is all that matters. Especially now as we stare down months where similar memories are not possible.

And the game, the final, therefore, as it is memorable, a memory, marks a moment in time, and says to us: a year has passed, remember where you were? What you did? One year ago? That’s how long a year is, or can be, or can seem like.

And so much can change in a year. The months since the bails were knocked off at Lords have taught us that in spades, a relentless hammering home of how quickly our lives can slip on black ice and spin out of control. Not just our lives, but the lives of every single person on earth, whether they were touched by the virus or not. We think back on the Cricket World Cup final and we know how long a year is, because we can reach out and touch the memories of that day, something that maybe sports fans are not able to do with any of their days over the last year. And in that touching, that remembering, we know of all that change. But while it is easy to lose yourself into a tailspin of remembering of all that is lost, it also a chance to turn it around, to reframe it, to think of all that change in the year that is come, when July 2021 happens. Yes, of course, things could get worse, but 12 months, a year, can bring so much good, so much change for the better. Just one year and this could be over. Just a year.

Think about where you were when those bails were knocked off. Remember that feeling. Think about how long ago that was, but also think about how it was just yesterday, and then remember all that changed, and all that will change again when we were are looking back two years from now, or four years, or a decade. Right now, no one knows, but in the time that is to come, there is possibility, there is potential, there is hope.

I can’t believe it’s been a year already. I can’t believe it’s only been a year. Those are two opposite statements, but both are true. A year ago we were hugging strangers in bars, today that is the furthest thing from our minds, and so where will be a year from now? Count of up the days, feel the time since that final, and think of all that could be better using the same amount of hours and minutes.

A World Cup final, a chance to mark time, to create a memory we can touch, to help us learn the enormity of one single year, and how in the blink of the same eye there can exist an eternity.

A memorable match gives us a chance to reflect, and reflect we do, but also a chance to look ahead. Thank you, England; thank you, New Zealand; for giving us a day out in the sun to remember all we’ve lost, and remember that life is short, but also long, and in those remembrances exist only hope, as there’s no room for anything else. 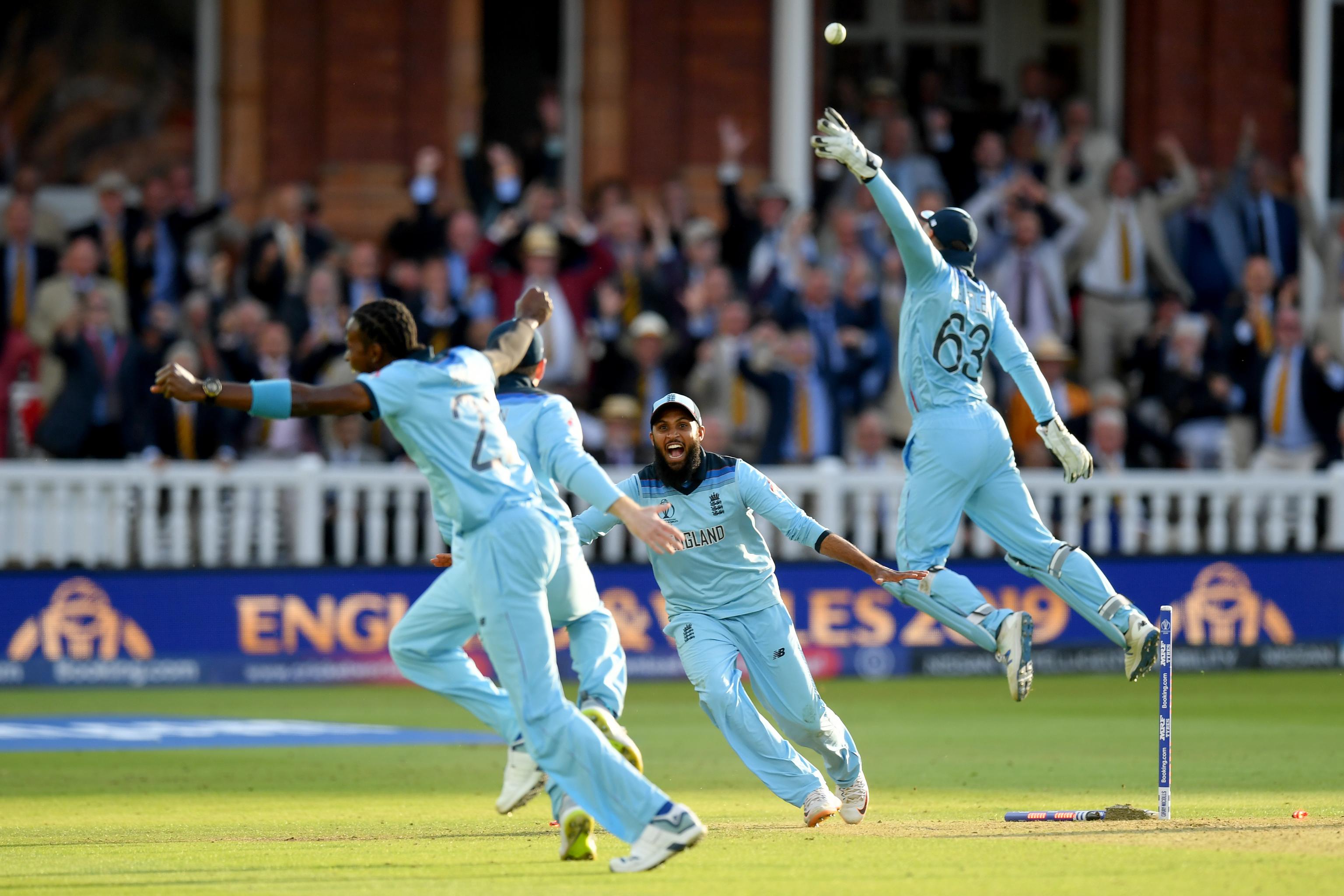