The week of August 6th was the worst week of my entire life. Monday spiraled into Tuesday which spiraled into Wednesday. Each minute was worse than the next. I felt like I was slowly being sliced open, and my insides allowed to drip, drip, drip out onto the street. Then I hit bottom. And then it was over. The wound was still there, but it no longer bled. I was on the back porch of my mother’s house in suburban Minneapolis. It was a beautiful summer’s day. A Thursday. August the 9th. I was drinking coffee and I had my book and the day off and nowhere in particular to be. It was then that I received a Medium post from my newly ex-wife entitled: When You’re Left.

I read it through in its entirety. Each word was salt into the still gaping wound in that space just beneath my heart. I read it, deleted the email in which she sent the link, and promised myself I would never read it again. I finished my coffee and sat in that chair there in the sun on my mother’s back patio for a long time, thinking about what I had just read. And what I just done: left.

My ex-wife is an excellent writer. Clear, direct, authentic. She avoids hyperbole and over-dramatization. She just writes. One of those people that makes it look easy. In the Medium post she described what it was like to have been left. That everything in our house reminded her of us, of what we’d had, and around every corner was a reminder of that loss. It was deeply sad.

She wrote about how when uses the shower in what was once our house, our home, she cannot help but think of how we had just gotten the bathroom redone, and how I had never gotten a chance to use it. When she goes out into what was once our giant and beautiful and green backyard, she cannot help but think of all the good times that we’d had out there, or about the first day we looked at the house in 2005 and fell in love with that big expanse of private green. When she pets our dog, she thinks of us; when she makes dinner, she thinks of us; when she goes to the grocery store, she thinks of us; when she puts a record on, she thinks of us. It’s a never-ending cycle of reminders, followed by a sharp twist of pain in that space, that space I described above, that little space in your chest just below your heart. You know the one I am talking about.

She wrote about the first few seconds of her day. When she would wake up, roll over, and wonder where I was, before she remembered that I was gone. She wrote about the little changes she was making to the house: painting the kitchen and the bathroom and the living room. And she would catch herself wondering if I would like it when I, eventually, came home, and how she would have to remind herself that I wasn’t coming home.

Her pain was visceral. I could reach out and touch it. I could smell it. It was a room inside me that I could not leave.

That letter, and so many other events this past summer, will haunt me forever. Not a day will go by that I don’t remember her pain. “I’d had a happy life,” she wrote. “And now that life was gone.”

Her loss was total.

Then again. So was mine.

And that’s what people fail to understand. Of course, I don’t expect my ex-wife to understand, or to even try to attempt to understand, that’s not something I will or would ever ask of her. But, sometimes, I feel like people forget that to leave, is also to mourn. It is an active choice for happiness but also for pain, sadness — that of others and of your own. There are painful memories around every corner for me, too, just in a different way. Every time I shower in my little apartment in St. Paul, I think about the shower in the bathroom that we had just redone, and how I never got to enjoy it, after 12 years of living with it as it fell apart around us. Every time I see a dog, any dog, I think of the beloved and sweet and loving dog I had left behind. Every time I look out longingly into the paved and gray alley next to my building, I think of that big expanse of green where I used to read for hours on summer days, that expanse of green that I will never get to enjoy again. When I make dinner, I think of what is lost; when I go to the grocery store, I think of what is lost; when I put a record on, I think of what is lost. I, too, mourn for all that was lost. Is lost. Will be lost.

And all of it was my choice. Whether or not that choice was, or is, or will be, the right one, it was still an active choice for life altering change, for hardship, for pain, for happiness that is not real happiness, not yet, but is only potential, future happiness. And you think about going back, because you can’t help but think that maybe, just maybe, you had a few innings left to play, and then all of a sudden it’s too late to ever go back. And you are alone, and no one seems to understand that you grieve, too.

And that is what it is like to leave. 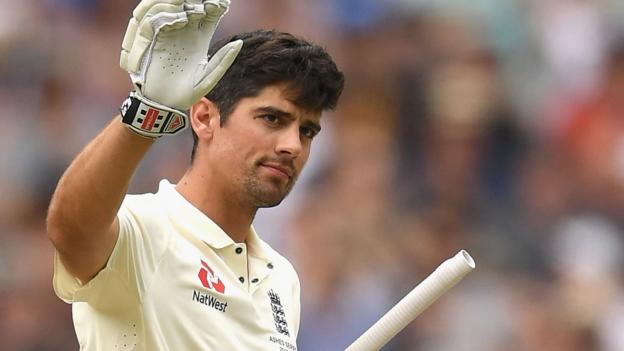