A few days ago, fellow Minnesotan and cricket fan, JP Daugherty (on Twitter here, go give him a follow), e-mailed me a really fantastic 2013 IPL preview, and asked if I was interested in putting it up here on Limited Overs.

He said he wrote it as a guide for Americans interested in learning more about cricket and the IPL, but I thought all current cricket fans the world over would appreciate such a clear and succinct run down of the IPL season to come, and so I was more than happy to oblige.

And just as a heads up, JP is still in high school here in Minnesota (under 18), while his age really doesn’t matter in this case, I think it’s quite the reflection of the power of the T20 format and the IPL that a high school age American guy in Minnesota is interested in the IPL. His story of “discovering” cricket is similar to my own – see his comment on my post “Why Cricket?“.

Thanks again for sending the preview over, JP. Great work. In Brief: The defending champions, expect them to go far again this year.
Captain: Gautam Gambhir
Wicketkeeper: Manvinder Singh Bisla/Brendon McCullum
Best batsman: Gautam Gambhir
Kolkata’s captain is also their best batsman. Expect him to lead from the front by scoring big runs at the top of the order.
Best bowler: Sunil Narine
Narine was last year’s surprise package, becoming the tournament’s second-highest wicket taker with his medley of conventional off breaks, which turn into a right-hander, and his ‘knuckleballs’ which turn away from a right-hander.
X-Factor: Yusuf Pathan
After a down tournament last year, expect the big-hitting Yusuf to bounce back with both the bat and ball. He has destructive potential, as evidenced by his 100 off just 37 balls in 2010, the fastest 100 in the history of the IPL. Also a handy spin bowler.
Team prediction: 2nd In Brief: The most consistent team in IPL history, with two championships and a 2nd place finish. Finished runner-up to Kolkata last year.
Captain: MS Dhoni
Wicketkeeper: MS Dhoni/Wriddhiman Saha
Best batsman: Suresh Raina
A powerful middle-order batsman, he is the leading run scorer in IPL history.
Best bowler: Ravichandran Ashwin
He has improved tremendously in the last year, focusing more on traditional spin bowling instead of experimenting with his variations. By virtue of this, he has been rewarded with bags full of wickets for India.
X-Factor: Akila Dananjaya
The diminutive Sri Lankan spinner first made a name for himself in the 2012 World T20, where he helped Sri Lanka make the final. However, he is still a very new face as he is yet to face India, South Africa, or Australia.
Team prediction: 3rd

In Brief: Finished 3rd last year after topping the group stage. In possession of the best fast bowling attack in the competition.
Captain: Mahela Jayawardene
Wicketkeeper: Naman Ojha
Best batsman: Mahela Jayawardene
Delhi’s captain is also their best batsman in the absence of Kevin Pietersen. Relies more on touch and placement of his shots than power.
Best bowler: Morne Morkel
The tall South African is the best member of Delhi’s outstanding pace attack. Looks to overwhelm batsmen with speed and awkward bounce.
X-Factor: Unmukt Chand
The captain of India’s victorious 2012 U19 World Cup team, Chand is an aggressive batsman who is not afraid to play his shots. Showed glimpses of his vast talent when he played for Delhi in the Champions League T20 last year.
Team prediction: 4th In Brief: The glamor team of the IPL, their vociferous fans expect nothing less than a 1st IPL title this year.
Captain: Ricky Ponting
Wicketkeeper: Ambati Rayudu
Best batsman: Sachin Tendulkar
No explanation needed.
Best bowler: Lasith Malinga
‘The Slinga’ is coming off of a year where he was the 3rd highest wicket taker at the IPL and was one of the top 10 wicket takers at the World T20. Attempts to crush batsman’s toes with Yorkers that he delivers with a sidearm slinging action.
X-Factor: Ricky Ponting
The recently retired Australian giant has been scoring bucket loads of runs for Tasmania in 4-day cricket recently. Can he translate that form into runs for his IPL side?
Team prediction: 5th

In Brief: The perennial underachievers, they have reached the final twice, but never won. Is this the year they end the drought? They possess the best batting side in the tournament.
Captain: Virat Kohli
Wicketkeeper: Arun Karthik
Best batsman: Chris Gayle
Simply the best batsman in T20 cricket. Overpowers teams with his unparalleled ability to hit sixes.
Best bowler: Muttiah Muralitharan
Murali, the highest wicket taker in Test cricket, is still bamboozling batsmen even at the age of 40. Expect him to be a force, because he can turn the ball farther than anyone in world cricket.
X-Factor: Cheteshwar Pujara
Pujara has been scoring astronomical amounts of runs in India’s recent Test series with Australia. Can he translate his Test form onto the IPL stage?
Team prediction: WINNERS

In Brief: Finished 6th last year, can they make the jump to join the IPL’s elite?
Captain: Adam Gilchrist
Wicketkeeper: Adam Gilchrist
Best batsman: Mandeep Singh
The 19-year old Indian dynamo lit up last year’s tournament with his dazzling stroke play. An India cap should not be far off.
Best bowler: Praveen Kumar
This canny Indian relies less on speed and more on swinging the ball. Look for him to get lots of wickets on his home ground, Mohali, which supports the fast bowlers.
X-Factor: Azhar Mahmood
This Pakistani has been traversing the world the past few years in order to play in various T20 leagues around the globe. Expect him to be a handful with his aggressive batting and useful fast bowling.
Team prediction: 7th

In Brief: Winners of the inaugural IPL in 2008, they have not been able to reach the same heights since. They finished 7th last year.
Captain: Rahul Dravid
Wicketkeeper: Shreevats Goswami
Best batsman: Shane Watson
The powerful Australian was the MVP of the first IPL, and his aggressive batting style suits T20 cricket well. Expect him to score loads of runs on the flat Indian wickets being prepared for this tournament.
Best bowler: Shaun Tait
Nicknamed ‘The Wild Thing’, Tait can turn up the speed to almost 100 mph. However, he can be very erratic. But when he’s on, every batsman in the IPL will have trouble.
X-Factor: Kevon Cooper
The electric West Indian has made a name for himself in various T20 leagues around the world. He is a deadly finisher with the bat and a handy medium-pacer with the ball. Also one of the very best in the field.
Team prediction: 6th 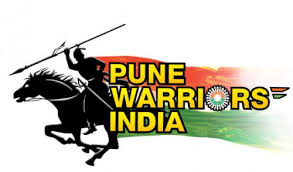 In Brief: Finished dead last last year in the absence of Yuvraj Singh, who was fighting cancer. He is back on the field this year.
Captain: Angelo Mathews
Wicketkeeper: Robin Uthappa
Best batsman: Marlon Samuels
The dashing West Indian singlehandedly led his team to a victory in the World T20 final in 2012 with some massive sixes.
Best bowler: Bhuvneshwar Kumar
This Indian medium-pacer made quite the entry into international cricket last year, taking 3 wickets on debut vs Pakistan.
X-Factor: Yuvraj Singh
A true inspiration to all, Yuvraj took the field at the World T20 last year after winning his battle with lung cancer. Can he return to full form in the IPL?
Team prediction: 8th

In Brief: The IPL’s newest team, they formed out of the now-defunct Deccan Chargers.
Captain: Kumar Sangakkara
Wicketkeeper: Kumar Sangakkara/Parthiv Patel
Best batsman: Kumar Sangakkara
This Sri Lankan giant is a very stylish player who mixes placement and power. One of the best batsmen in world cricket.
Best bowler: Dale Steyn
The best fast bowler in world cricket. It will be interesting to see how he performs in his least favorite format and in unhelpful conditions.
X-Factor: Shikhar Dhawan
This Indian recently made headlines when he hit the fastest Test century by a person on debut (85 balls) against the Australians. His aggressive, yet classical, style of batting should suit him well in T20 cricket.
Team prediction: 9th

All images fair use.