I am going to talk about guns.

Claude Tozer: First-class Australian cricketer, World War 1 veteran and a medical doctor. Played in seven matches for New South Wales in the 1920-21 Sheffield Shield Season. He averaged 46 and change and scored a century and a handful of half centuries.

Jeff Stollmeyer: West Indian Test cricketer in the 50s, played in 32 Tests, and averaged over 42 with the bat.

Shot and killed by home invaders in 1989.

Ashley Harvey-Walker: English first-class cricketer who scored over 3,100 runs for Derbyshire and took seven wickets once as a bowler against Surrey. He played in the infamous “snowed out” match I brought up a couple weeks ago.

Shot and killed in a Johannesburg bar in 1997.

Shot and killed during a robbery attempt in 2001.

Rahatullah: Pakistani first-class cricketer and also represented his country for the U-19s.

Shot and killed by unknown assailants in 2008.

Shot and killed by armed robbers just this past April.

Shot and killed during a robbery.

All of the above thanks in large part to this wikipedia article.

This has been a complicated post for me in a lot ways.

America has an issue with gun violence, with gun culture, and with guns in general. I firmly believe that the answer is less guns, not more guns, and not the same amount of guns in the hands of different people.

The above list of cricketers of course contains only one American, and almost all of their murders happened during robbery attempts, and therefore might have very well been foiled if the victim or a bystander had been armed; and in the case of Claude Tozer, who was killed by a mentally unstable patient, the idea that guns are not the problem, that the mental health safety net is, also comes into play.

But I stand by my premise: America needs far fewer guns. And anyone who thinks otherwise is wrong.

I don’t think we should melt them all down, but I do think that laws similar to Australia’s and the United Kingdom’s (both enacted after horrific mass killings: Port Arthur and Dublane, respectively), while draconian by American standards, would go a very long way toward savings countless lives. And I am going to stand by that belief.

And no, it is not solely an American problem, and yes upstanding citizens should be able to protect themselves, and yes our mental health safety net is a laughing stock, but none of the above matters* if we simply make if viciously illegal in this country to own a handgun, a semi-automatic weapon, an assault rife.

I firmly believe that.

And I firmly believe that if laws such as the UK’s and Australia’s had been implemented 10 years ago, then those kids and those teachers in Newtown are very much alive at this moment.

We are late, America. We have failed those kids. And it cost them their lives. But now is our chance for redemption. Change the laws, change the culture, and save lives.

It’s just not worth it anymore. 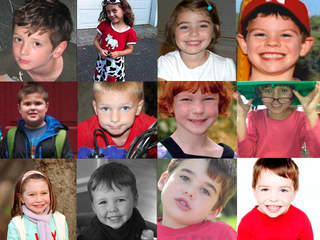 And don’t talk to me about arming teachers. It’s a fallacy. It’s a non-starter. Owning a gun means you are more likely to be a gun shot victim. It is time for a serious discussion about guns in this country. Preaching bullshit clouds the discussion and keeps us all from progress. Stop it.

More cricket tomorrow. If anyone is still reading.

*A mental health safety net is vitally important, don’t get me wrong. In fact, far more than just a safety net is required if we are to maintain a functioning society, but we would no longer need to be as scared of those that fall through the cracks, and there will always be cracks, if guns are not readily accessible.

One Reply to “Guns”