Now that the World T20 is finally over (belated congrats to the West Indies), I guess we can move on and talk about test cricket again. Thankfully. (I am just going to go ahead and ignore the fact that the Champions League T20 is happening).

I will start with some bits about the grounds in the India v England series.

The four grounds being used for the tests are: the Sardar Patel Stadium in Motera, the Wankhede Stadium in Mumbai, Eden Gardens in Kolkata, and the Vidarbha Cricket Association Stadium in Nagpur. 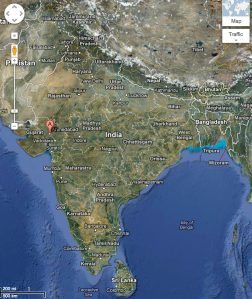 England has played one test at the Motera, six at the Wankhede, eight at Eden Gardens, and none at Nagpur.

Their combined record for the four stadiums is three wins, six losses, and eight draws.

It’s a small sample size, surely, but if history is our guide, than England’s best chance for a win will come in the second test in Mumbai.

Also, the stadium in Nagpur has only hosted three previous tests: Australia in 2008, South Africa in 2010, and New Zealand also in 2010. All three matches produced a result, with India beating Australia and New Zealand but losing to South Africa. As such, we can expect a result when England visit in December.

Conversely, at the Sardar Patel Stadium there have been 11 tests but only five have produced results, including only two of the last seven matches at the ground, so we can probably expect a draw there during the series this fall, as well.

And so, using the above information, my early prediction for the series is as follows (subject to change):

Nagpur: toss up, but should be a doozy, and we should get a result